The local churches of the Ecumenical Patriarchate consist of five archdioceses, three churches, thirteen metropolises, and one diocese, each of which reports directly to the Patriarch of Constantinople with no intervening authority. In addition, three of the five archdioceses have internal metropolises (16 in all), which are part of their respective archdioceses rather than distinct administrative entities, unlike the other metropolises. 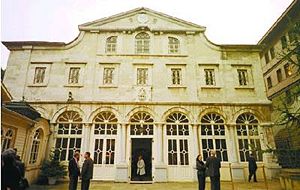 The Holy and Sacred Synod of the Ecumenical Patriarchate is presided over by His All-Holiness Bartholomew I, Archbishop of Constantinople and is comprised of XX Metropolitans.