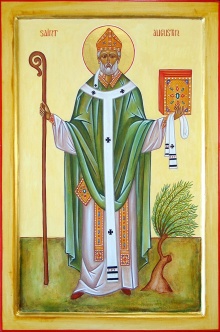 Augustine of Hippo (354–430) is one of the great Church Fathers of the fourth century. He was the eldest son of Saint Monica.

Aurelius Augustinus was born in 354 in Tagaste (modern-day Souk Ahras, Algeria) to a Christian mother and a pagan father, raised in Roman north Africa, educated in Carthage, and employed as a professor of rhetoric in Milan by 383. He followed the Manichaean religion in his student days, and was converted to Christianity by the preaching and example of Ambrose of Milan. He was baptized at Pascha in 387, and returned to north Africa and created a monastic foundation at Tagaste for himself and a group of friends. In 391 he was ordained a priest in Hippo Regius (now Annaba, in Algeria). He became a famous preacher (more than 350 preserved sermons are believed to be authentic), and was noted for combatting the Manichaean heresy. 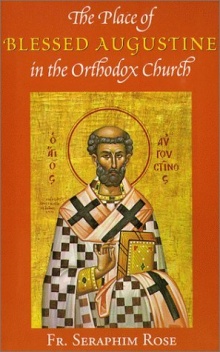 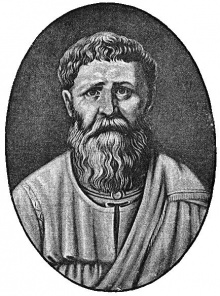