From OrthodoxWiki
Jump to: navigation, search
This article or section needs a cleanup to bring it to a higher standard of quality. Recommendation:
Modify article information to encyclopedia entry style.
More detailed comments may be noted on the talk page. You can help OrthodoxWiki by editing it, especially to conform to the Style Manual and the suggestions in How to write a great article. 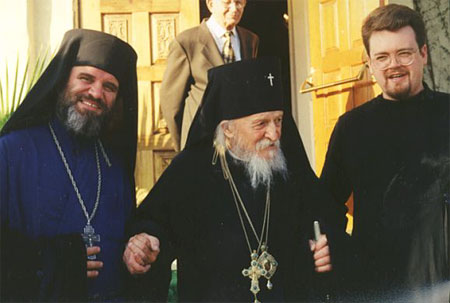 Archbishop Anthony, born Artemii Sergeevich Medvedev, was born in 1908 in Vilnius and studied at the Petrovsky Poltavsky Cadet Corps. During the Russian Civil War, he served in the Crimean Cadet Corps of the White Army and was evacuated from Sevastopol to Yugoslavia as hostilities ended.

At the age of 22, he entered the Entrance of the Mother of God Monastery. He considered himself a student of the Superior of Milkovo Monastery, Schema-Archimandrite Ambrosius (Kurganov). 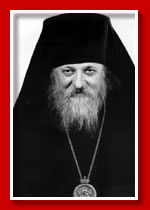 In 1932, Artemii Sergeevich was tonsured a monk and given the name Anthony. In 1934, he was ordained a hierodeacon, followed in 1938 as a hieromonk.

In Milkovo, Fr. Anthony acted in the position of ecclesiarch. During World War II, Hieromonk Anthony was a military chaplain in the Russian Corps of the Russian Liberation Movement. During this time he found himself at the Monastery of St Job of Pochaev in the Carpathian Mountains. Fr. Anthony developed a strong bond with the monastery brotherhood and after the war, he moved with the brotherhood to Holy Trinity Monastery in Jordanville, New York, where he came under the spiritual leadership of Archbishop Vitaly (Maximenko), who led him to missionary work. Hegumen, and later Archimandrite, Anthony established a number of new parishes in places where Russian refugees settled. Also, he temporarily served as administrator of the parishes of Western Canada.