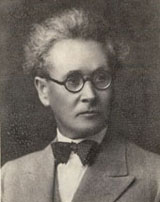 He was responsible for resurrecting and placing in their proper places two almost forgotten great personalities of Orthodoxy: Gregorios Palamas and Maximos (Trivolis) the Greek.[1] Furthermore, he examined diligently various cultural aspects of church life, and is jointly credited, together with his close friend Archbishop Chrysostomos I (Papadopoulos) of Athens (1923-1938), for establishing the two basic academic journals of Neohellenic theology: Theologia and Ekklesia.[1]

Gregorios Papamichael was born in the village of Ippeios on Lesbos in 1875,[2] and completed his education at the Gymnasium of Mytilene, as well as in Samos, and at the Holy Cross School of Jerusalem.[note 1]

He also studied theology at the Theological School of Halki.

Later he worked as a teacher in the Greek community of Sofia, Bulgaria.

Finally he continued his theological studies at the Theological Academy of St. Petersburg, Russia, where he was granted his Master of Theology degree in 1905 for his thesis "St. Gregory Palamas, Archbishop of Thessaloniki."[note 2]

From 1905-1907 he taught as professor at the Theological School of the Cross in Jerusalem, publishing studies in the journal "New Zion".

Over the next ten years, he took over management of the two periodicals of the Patriarchate of Alexandria, "Clerical Lighthouse"[note 3] and "Pantainos",[note 4] to which he added significant prestige, publishing valuable articles and studies.

In 1918 he was unanimously elected ordinary professor of Apologetics and of the Encyclopedia of Theology, at the Theological School of Athens University (1918-1920, and 1923-1939), while also teaching at the Rizarios Ecclesiastical School in Athens, where he served as Dean from 1937-1940.[note 5]

He concurrently served as the Dean of the School of Theology,[note 6] as well as the Rector of the University of Athens from 1936-1937, and organized the celebrations for the University's centenary (i.e. 1837-1937).

Parallel to his didactic and literary labours, Gregorios Papamichael undertook ecclesiastical and social activities, taking charge of the periodicals Ecclesiastical Herald[note 7] and New Didache,[note 8], and later the periodicals Theologia[note 9] and Ekklesia,[note 10] publishing many articles and studies.

Professor Gregorios Papamichael passed away in 1956.

His literary production was vast and rich, covering many theological disciplines. He published seventy (70) major theological works in the fields of apologetics, ethics, hagiography, Patrology, and history, as well as over a thousand smaller publications, ecclesiatical articles and book reviews.

As a theologian and academic instructor Gregorios Papamichael combined scientific profundity with literary grace. His ecclesiastical columns in the theological journals, especially in the journal "Theologia", testify to his great love and devotion to the work and the mission of the Orthodox Church.