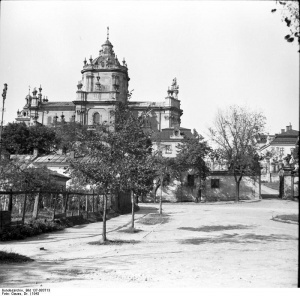 In the midst of the chaos at the end of World War II, Fr. Gabriel and his supporters called for a return to the Mother Orthodox Church. As the pre-war political alignments collapsed around them, Patriarch Alexei I of Moscow welcomed their desire for the return of the Uniate clergy and faithful to Orthodoxy.[note 2]

In sum, the religious movement which started with the anti-Latinization orientation among the Greek Catholic clergy led by Fr. Gabriel, and which culminated in the state-sponsored Synod of Lvov, occured at the same time that the political atmosphere in the area changed, as the remnants of the Nazi regimes, various nationalistic groups, the Bolshevik forces, and religious differences all collided with the sincerity of the people. In that environment, many of the clergy and laypeople returning to Orthodoxy became victims of fanatics, both religious and political. 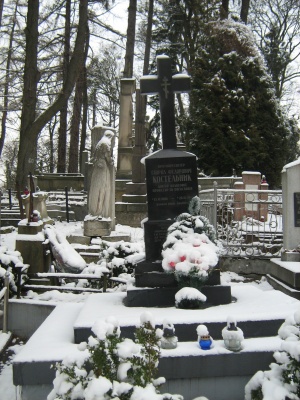 On September 20, 1998, in commemoration of the 50th anniversary of the demise of Protopresbyter Gabriel Kostelnik, the Divine Liturgy was celebrated in St. George’s church, followed by a Panikhida at the tomb of Father Gabriel at the Lychakov cemetery conducted by Archbishop Augustine (Markevitch) of Lviv and Drogobych.

Later, a historic conference was held on the theme ‘Protopresbyter Gabriel Kostelnik and His Role in the Revival of Orthodoxy in Galicia’.[1][note 3] A message from His Holiness Patriarch Alexei II said that "the death of Protopresbyter Gabriel Kostelnik was an irretrievable loss for the spiritual life of his legacy – the people of God who reunited with Holy Orthodoxy at the Church Council of Lvov and for the Russian Orthodox Church as a whole."[1]

On September 19-20, 2008, the Lviv Diocese of the Ukraine Orthodox Church celebrated the 60th anniversary of the death of Father Gabriel.

Fr. Gabriel has been under consideration for glorification. According to Archbishop Augustine (Markevitch) of Lviv and Galicia, the Church has already begun to work on the appropriate documents.[6][note 4]