The Venerable Bede (c. 672 - May 25, 735) was a monk at the Northumbrian monastery of Saint Peter at Wearmouth (today part of Sunderland), and of its daughter monastery, Saint Paul's, in modern Jarrow. He is well known as an author and scholar, whose best-known work is Historia ecclesiastica gentis Anglorum (The Ecclesiastical History of the English People), which gained him the title The Father of English History. St. Bede wrote on many other topics, from music and musical metrics to scripture commentaries. His feast day is observed on May 25, 26, or 27, depending on the sources used by the calendar. 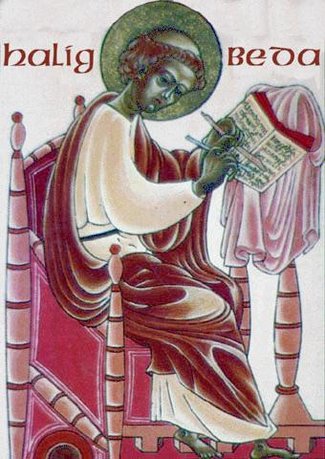