A young man in sticharion performing the duties of an altar server
In the Orthodox Church, an acolyte or an altar boy is a term used for someone who, though unordained, performs liturgical duties such as lighting altar candles, preparing charcoal for incense, and assisting the major orders with the liturgy.

The acolyte in the Byzantine tradition

The Orthodox Church no longer possesses an exact equivalent for this office. The order of acolyte has fallen into disuse with other minor orders, such as doorkeepers and exorcists.

At one time there was a rank of minor clergy called the taper-bearer, responsible for bearing lights during processions and liturgical entrances; however, this rank has long ago been subsumed by that of the reader; the service for the ordination of a reader mentions both functions.

The functions of an acolyte or taper-bearer are therefore carried out by readers, subdeacons, or by unordained men or boys. Subdeacons wear their normal vestments consisting of the sticharion and crossed orarion; readers and unordained servers generally wear the sticharion alone.

While in other Christian entities the term Acolyte is used for someone preparing for the major orders of clergy, this is not implied in Orthodox usage.

The acolyte in the Western Orthodox tradition

Some canonical Western Rite parishes still have Altar servants, particularly in Rocor WR. They have the same function as the Eastern Rite acolytes earlier had. 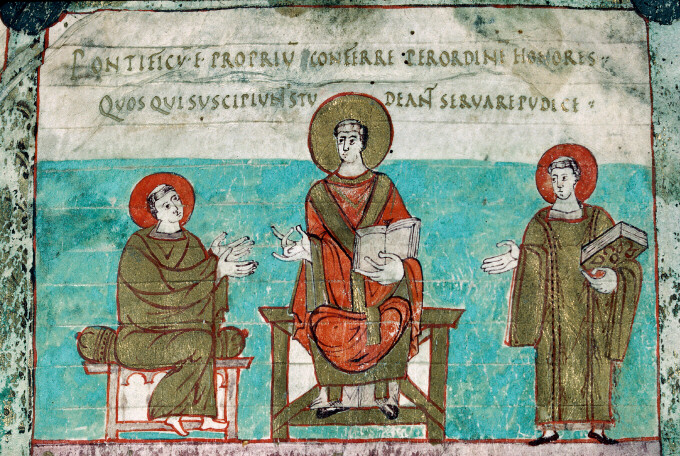 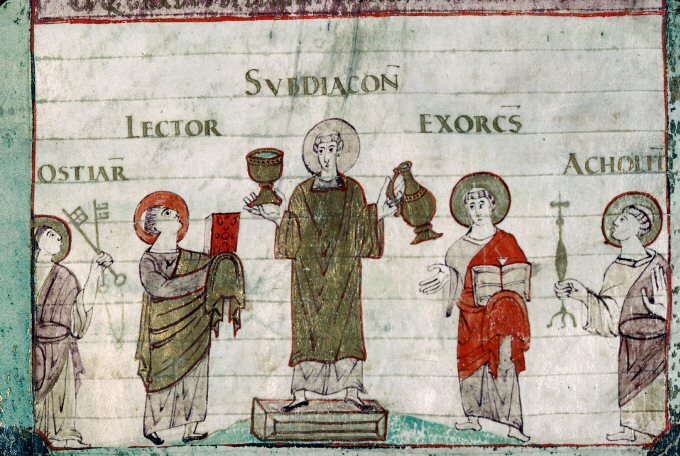 The service of the Church servants is clearly seen on these pictures: Ostiar (guardian of the reliquaries), Lector (Reader), Acolitis (Acolyte), Exorcis (Exorcist), Subdiacon (Subdeacon), Deacon, Priest and Bishop