From OrthodoxWiki
(Redirected from Romanos the Melodist)
Jump to: navigation, search 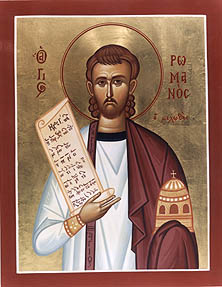 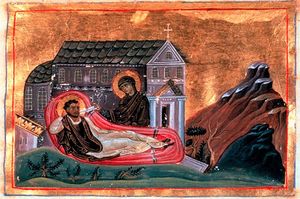 Romanos Melodos vision,
in The Menologion of Basil II