During the early centuries of Christian era, Ephesus continued as a center of Christianity second only to Antioch in Asia Minor. The Council of Nicea conferred on Ephesus ecclesiastical jurisdiction over the diocese of Asia Minor that included eleven provinces. Ephesus was the site of the Third Ecumenical Council where Cyril of Alexandria led the condemnation of Nestorianism. Justinian the Great built a large church adjacent to Ephesus that was dedicated to John the Theologian. 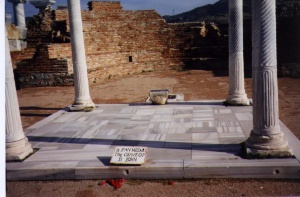