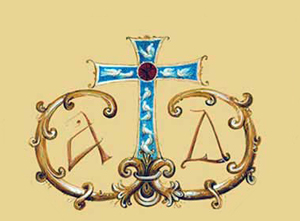 Official emblem of the Apostoliki Diakonia of the Church of Greece.

Apostoliki Diakonia of the Church of Greece is the official publishing house and missionary arm of the Orthodox Christian Church of Greece. Since 1936 it has published hundreds of books on Christian theology and tradition, Orthodox spirituality, biblical studies, and fiction for children.

Its Bureau for Overseas Missionaries attends to several activities including the erecting and equipping of churches and missionary installations, translation of the Holy Services in locally spoken languages, preparation of catechist aids in the English language, operation of educational units, training of personnel and associates of missionary groups, and the operation of hospital units.