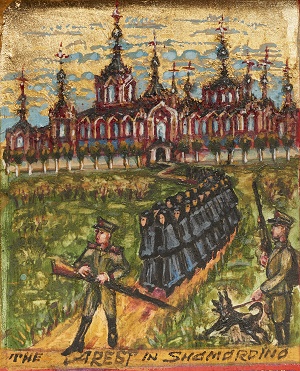 The sisterhood of Shamordino Convent, around 30 in number, were imprisoned in 1923 at the closure of the convent by the Soviet authorities, first in Solovki prison camp, then the sisterhood was broken up and dispersed and, with the exception of one striking account by American prisoner John H. Noble[1] that emerged following his release some 30 years after the nuns' disappearance, it is generally unknown, apart from scant references[2], what became of any other members of the sisterhood thereafter. 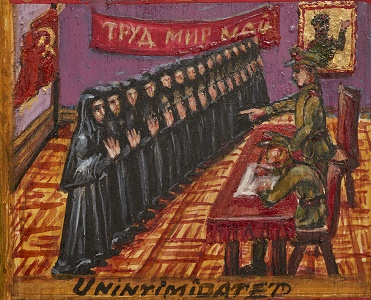 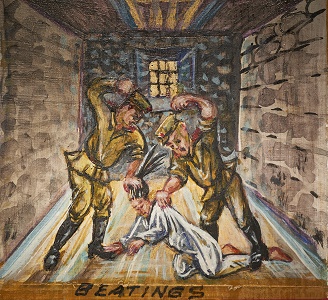 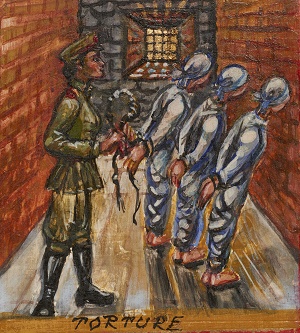 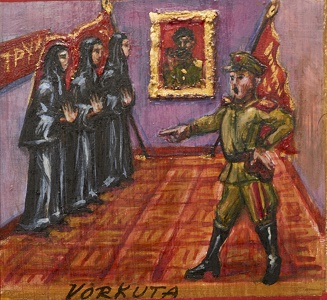 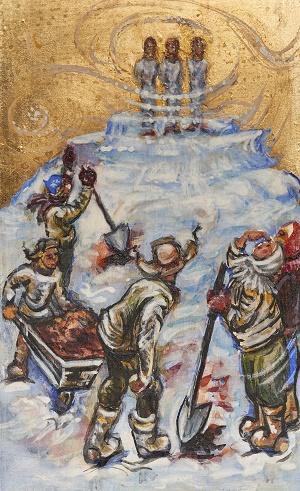 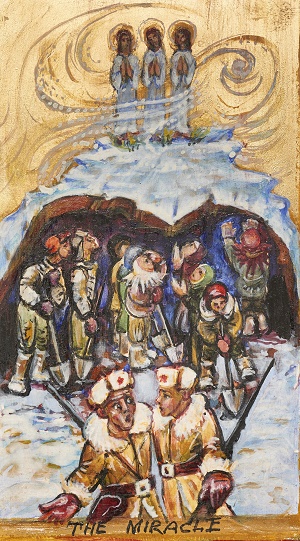 This account takes place at the arctic Vorkutlag prison camp nearing the end of the Stalin Era. The main points of John Noble's account are that they show that the wills of at least these three surviving nuns were unbroken, though they had by now been undergoing afflictions and punishments for some 25 years or so. They still refused to do any work whatsoever or under any circumstances. Moreover, they displayed astounding courage and strength: when subjected to torture, namely being placed in straight jackets that were extremely tight so as to cut off circulation, though writhing in agony they simply moaned quietly until they passed out. This was done repeatedly bringing them near to the point of death with no effect on breaking their will. After a respite, this torture was then increased in its torments by dousing the cotton jackets in water so that as it dried it tightened yet more. Again, racked with agony, yet to no avail. They endured all this without complaint or cursing their torturers but quietly and with a meek disposition. The camp commander, in a desperate bid to either get them to comply or die, then instructed them to be put outside in the snow on a hilltop in the winds of winter, and force them to stand there motionless for the full 8-hour workday and watch the other women prisoners work. Standing in prayer, they faithfully complied with this in the full sight of the other prisoners labouring in the fields. At the end of the day they returned, relaxed and warm, without any bodily damage. On the second day, the guards were ordered to put them out there again but stripped of hats and mittens. Though the workers were labouring and well-dressed they were complaining bitterly of the intense cold. The third day the same scene was repeated except that they had been divested of their scarves as well. On the fourth day, the guards were afraid and told the commandant that they refused to have any more to do with afflicting them. Even the commandant, being somewhat superstitious, was afraid at this point and relented. After that point, at least until John H. Noble's release, they were allowed to stay in a room by themselves, make habits for themselves, and were taken off punishment rations, being left in peace to observe their religious rule of prayer and communal life. This is the last that is known of what became of the Nuns of Shamordino. 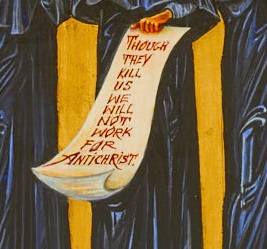 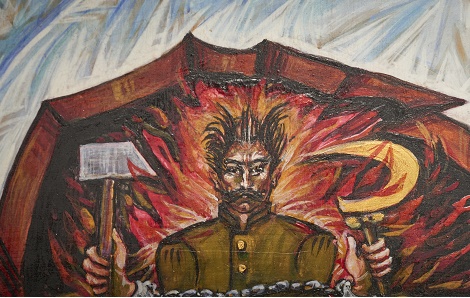 While they have not been officially glorified (recognized as saints), they are commemorated on November 12th on the Julian Calendar by some Orthodox Churches. It should be noted that in the Orthodox Church there is no need for official declarations of sainthood as there is in Roman Catholicism where the process of canonization is different (see glorification). Many Eastern Orthodox saints have never been canonized in the official sense as practiced by the Vatican. [Saint John Chrysostom] is such an example where the Orthodox Church has never felt the need to issue an official document declaring him a "canonical saint" as such. Hence, here also, the veneration of many "unofficial" Orthodox confessors and martyrs who courageously refused to bend to the oppression of the Soviet State is exemplified and encouraged by the iconography that has arisen. 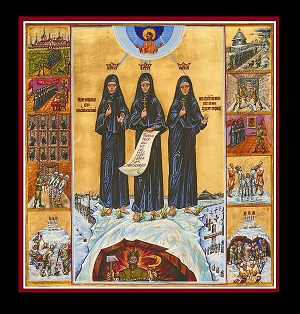