From OrthodoxWiki
(Redirected from Nun patapia)
Jump to: navigation, search 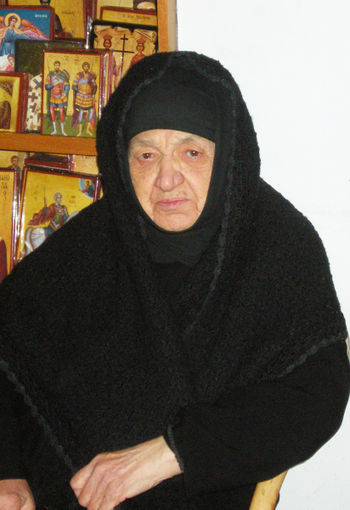 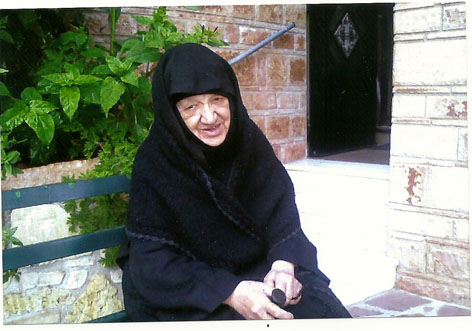 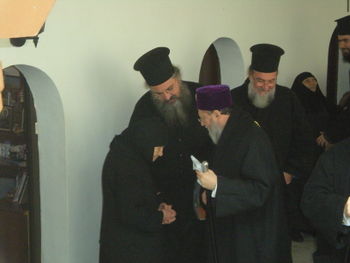 His Reverence bishop Dionysios (Mantalos) of Corinth, with sister Patapia at the monastery of saint Patapios, at the annual celebration of the saint, 8 December 2012 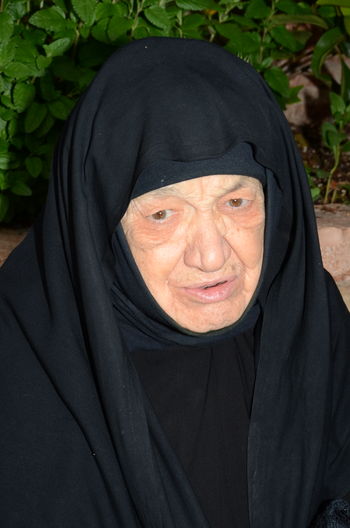 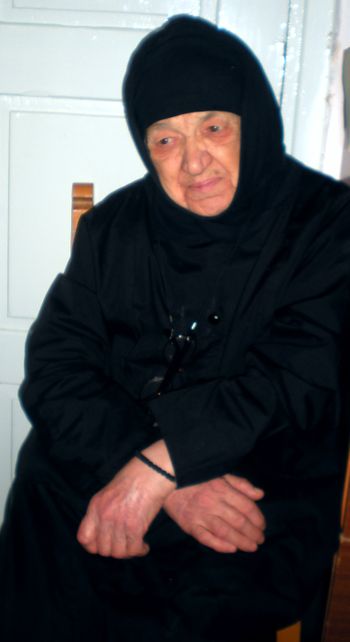 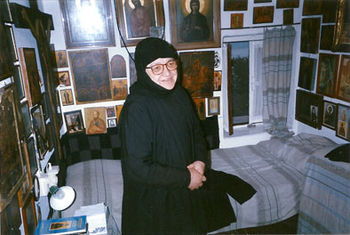 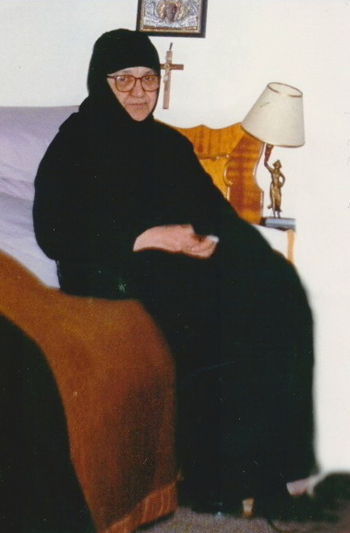 Sister Patapia is a nun at the Greek nunnery of Saint Patapios at the mountain Geraneia, in Loutraki, Greece. There she was named mother superior from 1963 until 1970 when she resigned because of health problems. She contributed to the creation of the monastery. She has also experienced many miracles from Saint Patapius of Thebes

She was born in Corinth, Greece in 1931 and on the age of 21 she decided to become a nun at the Saint Patapios monastery which at the time had only a couple of nuns and 2 - 3 small cells - rooms.

Nun Patapia helped with the creation of the convent that was established in 1952 by father Nectarios Marmarinos, a priest from Corinth. The first mother superior was sister Siglitiki. In the first years the monastery was poor, without road access or water supply.

The nuns transferred water with a donkey from a spring that was some miles away. Nun Patapia struggled to build the convent. She strengthened the faith of the rest nuns and finally the monastery thrived and today is very famous. It has 40 nuns and its access from Loutraki has been made simpler via a modern road.

As a mother superior, Sister Patapia was distinguished for her charity work. Even today, although in advanced age, she is still collecting and sending medicines to the mission.