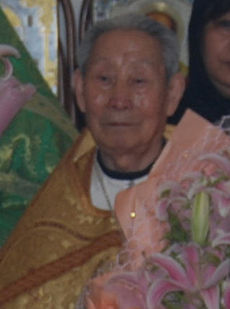 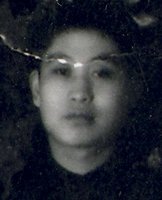 Fr. Michael Wang Quansheng (弥哈伊尔·王泉生; 27 January 1924, Beijing - 2 June 2015, Shanghai), was a priest who resided in Shanghai. Harbouring fears of retribution, he chose not to meet or have contact with anyone from the West nor was prepared to receive catechumens or unfamiliar Orthodox visitors.

On Pentecost in 2008, Fr. Michael Wang Quansheng and Protodeacon Evangelos Lu Yaofu, the only indigenous Orthodox clergy left in China, took part in Divine Services for the first time in 46 years, at the Russian consulate in Shanghai, and were awarded medals of the Venerable Sergius of Radonezh I Degree by Patriarch Alexius II of Moscow.

Since that time, Father Michael took part in the services celebrated by archpriest Alexy Kiselev in Shanghai.

On 2 June 2015, the Rev. Michael Wang Quansheng, the oldest priest of the Chinese Autonomous Orthodox Church died at the age of 90. Orthodox Christians arrived from all over China to pay last respects to the oldest Chinese priest, including deacon Alexander Yu Shi, a student of the St. Petersburg Theological Seminary.