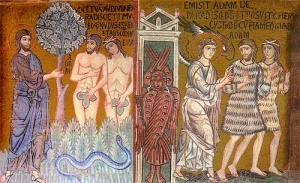 In the Divine Liturgy the song of cherubim is sung in the liturgy of faithful, representing cherubim between whom the Lord dwells.