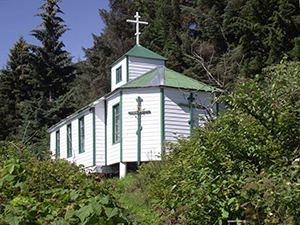 The Russian Mission lacked the staff and funds to build a church and when the land was surveyed in 1905, the surveyor noted that the land showed no signs of occupancy. Funds were raised and, by 1910, a chapel was built which served the people of Hoonah until 1929, when the current building was constructed.

St. Nicholas was one of the few buildings to survive the catastrophic fire of June 1944 and was remodeled in the 1950s to expand the altar area and orient the worship towards the east. 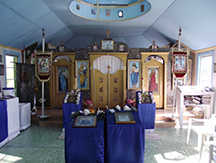