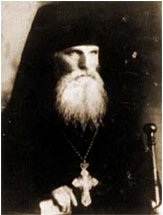 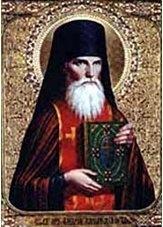 Our venerable and God-bearing Father Alexis Kabaliuk, Apostle of Carpatho-Russia (August 30, 1877 – December 2, 1947), was a leader of the Carpathian Orthodox in the early 20th century. His feast days are celebrated on October 21 and December 2. There is an akathist written for him.

Alexander Ivanovich Kabaliuk (Александр Иванович Кабалюк) was born into a Greek-Catholic (Uniate) family but converted to Orthodoxy as a young man. He became an archimandrite and played a major role in reviving Orthodoxy in Transcarpathia in the early 20th century, and his missionary activities were persecuted by the Austrian-Hungarian authorities, who suspected Orthodox believers of pro-Russian sympathies. On the eve of World War I, Kabalyuk was sentenced to jail, and following his release he was one of the leaders of the Carpathian Orthodox until his death in 1947. On November 22, 1947 Fr. Alexis received the Great Schema, and reposed shortly thereafter on December 2.

He is considered an Orthodox hero and was glorified in 2001 by the Church of Ukraine (Moscow Patriarchate) as the first Subcarpathian Russian Orthodox saint.[1]

His relics are at the St. Nicolas monastery in the village of Iza in the Ukraine.[2]