Yakov Tikhai, who was recommended by his brother, Archimandrite Anatoly (Tikhai), to then Archimandrite Nicholas of Japan, became Fr. Nicholas' principal arranger of Russian liturgical music to Japanese translations during the early decades of the Japanese mission. With Dmitri Lvovsky, he established a liturgical music school in Tokyo on the grounds of the Japanese mission to educated Japanese Christians in the new forms of music and to teach Japanese choir leaders for the new parishes. 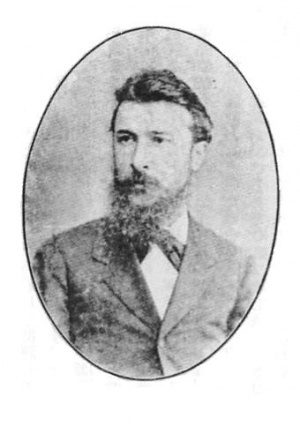 Yakov Tikhai
Yakov Tikhai came from Bessarabia, in southwestern Russia, and arrived to Japan in 1874 to assist his brother the Archimandrite Anatoly at his assignment to the parish in Hakodate, Japan. Fr. Anatoly had succeeded Fr. Nicholas in the Hakodate parish when Fr. Nicholas transferred his mission headquarters to Tokyo. Later, Yakov was invited by Fr. Nicholas to serve as choirmaster at Suragadai Kanda.

Under the guidance of Bp. Nicholas, Yakov arranged the music for almost all the needed texts used in the Divine Liturgy, major feasts, baptism, funerals, the first week of Great Lent, and Passion Week. As his successor, Victor Pokrovsky under Metr. Sergius needed to do, Yakov found it necessary to change the music to meet the different sense and structure of the Japanese language.

During a visit to Odessa in 1887, Yakov died. His wife and children later returned to Japan.