The St. Denys Orthodox Theological Institute of Paris was founded in 1944 by members of the Cathedral of St. Irenaeus in Paris (of the Orthodox Church of France) and a number of French intellectuals who were not themselves Orthodox (the French Catholic philosopher Gabriel Marcel, for example, was the first registrar), and placed under the patronage of Saint Denys the Areopagite. The Institute was founded with the assistance of the Brotherhood of St. Photius and with the blessing of Patriarch Sergius of Moscow. One purpose of the Institute was to provide theological education in the French language, as all classes at the St. Sergius Orthodox Theological Institute in Paris were, at the time, taught only in Russian. During the academic year 1945-1946, two members of the St. Sergius faculty, Alexander Schmemann and Constantine Andronikoff, taught at St. Denys but the political climate of the Russian Church in Paris at the time caused them to withdraw the next year. 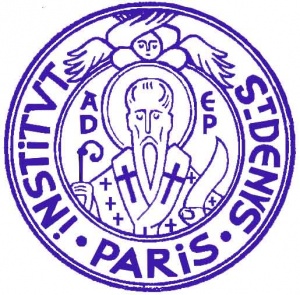