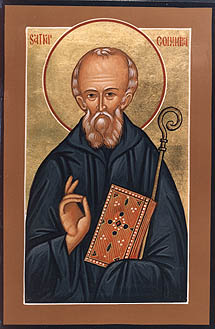 The St. Columba of Iona Orthodox Monastery located in Southbridge, Massachusetts, is under the jurisdiction of the Romanian Orthodox Archdiocese in America and Canada. The Monastery is under the leadership of Hieromonk Peter. The Monastery is pan Orthodox and duel Ritual (both eastern and western rite) and also has been given a blessing from His Eminence Metropolitan Philip of the Antiochian Archdiocese for the Western Rite.

The Monastery is co located with the St. Michael Orthodox Christian Church and exists to make visible the Kingdom of God to the world; is dedicated to a life of prayer, worship, work and service of others; committed to support local Orthodox Parishes in their evangelistic and missionary outreach to the broader community; is set apart as a place of prayer, contemplation, spiritual direction, formation and renewal; a holy place firmly rooted in the sacramental life of the Church.

In the spirit of the early Celtic Saint St. Ninian (c. 360 - c. 432) the monastery seeks to become a center of Christian life, prayer, and education by offering time away for prayer as well as the Orthodox Center for Church Growth and Evenagelism that will be part of the monastic foundation. 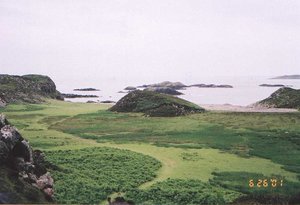