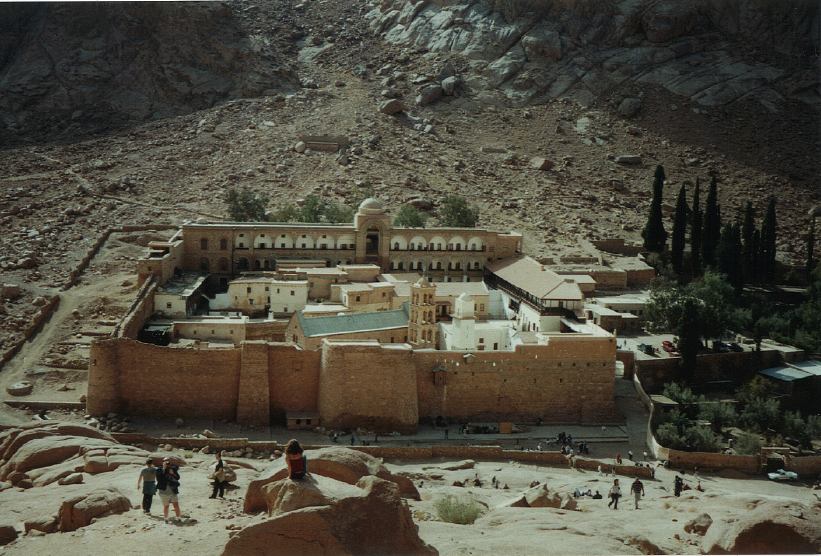 In the 15th century, the site was associated with St. Catherine of Alexandria (whose relics were miraculously transported there) and it became a favourite site for pilgrimages. Numerous ancient manuscripts have been preserved in the library. A number of ancient icons are also on the grounds, including the famous Pantokrator of Sinai, pictured at left.

This article or section is a stub (i.e., in need of additional material). You can help OrthodoxWiki by expanding it.
Retrieved from "https://orthodoxwiki.org/index.php?title=St._Catherine%27s_Monastery_(Sinai)&oldid=526"
Categories:
Categories > OrthodoxWiki > Featured Articles
Categories > Places > Monasteries
Categories > Spirituality > Asceticism