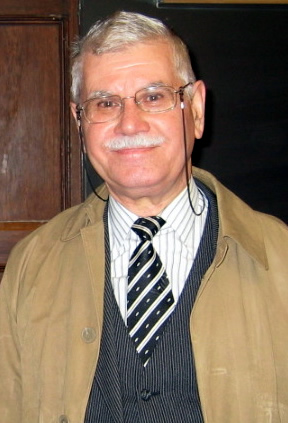 During the Communist era, he worked as a theoretical physicist and studied and wrote theology underground. He is noted for his work in twentieth century Russian religious philosophy, especially Pavel Florensky and Sergius Bulgakov. More recently, he has focused on analysizing the theological anthropology at the heart of the Hesychast tradition.

In 2005, he founded the of Synergetic Anthropology. He is also a member of the for Spiritual Creation.

This article or section is a stub (i.e., in need of additional material). You can help OrthodoxWiki by expanding it.
Retrieved from "https://orthodoxwiki.org/index.php?title=Sergey_Khoruzhy&oldid=112821"