Eugene and another Orthodox Christian, Gleb Podmoshensky, later formed a community of Orthodox booksellers and publishers called the St. Herman of Alaska Brotherhood. The community eventually decided to flee urban modernity into the wildrness of northern California to become monks in 1966. At his tonsure in 1970, Eugene took the name "Seraphim" after St. Seraphim of Sarov.

It was during this time also that Holy Transfiguration Monastery (Brookline, Massachusetts) began to distort the official positions of the Synod of the Russian Church Abroad. Fr. Seraphim with his fellow monastic, Fr. Herman (Podmoshensky), used their own tiny printing press to transmit the uncompromised teachings of the Church on a number of issues such as evolution, life after death, and pre-Schism western saints. 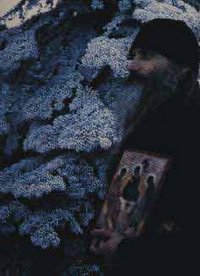 As Editor or Translator