The Orthodox Church in America (OCA) is an autocephalous church with parishes mainly in the United States and Canada (though it has some parishes in Australia and elsewhere). The OCA was formerly known as the Russian Orthodox Greek Catholic Church in America, or more informally, the Metropolia. Previous to that, it was the North American Diocese of the Church of Russia. The OCA's autocephaly is not currently recognized by some of the other autocephalous Orthodox churches.

The current primate of the OCA is His Beatitude Herman (Swaiko), Archbishop of Washington and New York, and Metropolitan of All America and Canada.

Main Article: History of the OCA

While the Church in Alaska was growing, immigrants were arriving in the rest of North America. In the 1860s a parish was established in San Francisco by Serbians, Russians and Greeks. Parishes were also established across the territory of the United States. At the end of the 19th century and the beginning of the 20th century, the headquarters of the North American Diocese was moved to San Francisco and then to New York. At this time there were great waves of Orthodox immigrants from Central, Eastern, and Southern Europe, and the Middle East. But, regardless of ethnic background, they were all united in a single diocese, or jurisdiction, which was under the Russian Orthodox Church. 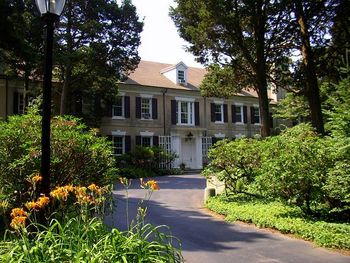 In the United States, there are 12 dioceses and 623 parishes, missions, and institutions (456 of which are parishes). The ethnic dioceses extend into Canada, which also has one non-ethnic archdiocese. Altogether there are 91 Canadian parishes. The OCA has a Mexican Exarchate with nine parishes and missions, and there are five parishes in South America. In addition, there are two parishes in Australia under the OCA's canonical protection, one in Queensland and one in New South Wales.

There are three ethnically defined dioceses in the OCA: the Albanian (14 parishes), Bulgarian (19 parishes) and Romanian (92 parishes). These dioceses' geographic territory overlaps with the other dioceses of the OCA and they have under their care parishes with those ethnic associations. These dioceses are the result of smaller ethnic jurisdictions joining the OCA at some point in its history, usually after having broken from other bodies.

The OCA also has 27 monastic communities, six of which fall under the direct jurisdiction of the Metropolitan (i.e., are stavropigial). The largest of these monasteries are New Skete (Cambridge, New York) and St. Tikhon's Orthodox Monastery (South Canaan, Pennsylvania).

The OCA is a member of the Standing Conference of the Canonical Orthodox Bishops in the Americas (SCOBA).

Since November of 2005, when a list of accusations were brought forward by Protodeacon Eric Wheeler, the former treasurer of the OCA, its administration has been the subject of allegations of financial misconduct. Internal investigations, audits, and other actions have since then been enacted in an attempt to address the allegations, including the firing of the OCA chancellor, Protopresbyter Robert S. Kondratick. The OCA News website, a privately operated site with no connection to the administration, has been publishing reports and editorials on the scandal since January of 2006, including allegations of division within the OCA's holy synod.

Altogether, estimates of OCA faithful number from about 28,000[1] to 1 million[2] to 2 million[3], depending on the report cited and method used for counting. The number of new parishes founded from 1990 to 2000 increased the overall parish number by about 12%, and new membership has been fairly equally divided between new immigrants, children of existing members, and converts to the faith. Overall, according to one report the trend during that decade held the population of OCA faithful in neither increase nor decline, but remaining steady.[4] According to another, however, that same decade saw a 13% decline.[5]

According to Fr. Jonathan Ivanoff, who is on the administrative committee of the OCA's Department of Evangelization and the board of directors of the Orthodox Christian Mission Center, the OCA's American contintental membership (i.e., not including Alaska, Canada, or the ethnic dioceses) "has been declining between 6 and 9% for nearly 20 years. The OCA's Census population in 1994 was 29,775; in 2004 it stood at 27,169."[6] Despite these sobering figures, however, the OCA's dioceses of the West and South, as well as many parishes in other dioceses, have reported steady growth.

According to Bishop Tikhon (Fitzgerald) of San Francisco and Los Angeles, the name of this jurisdiction is The Orthodox Church in America, and its acronym should be TOCA.[7] There has not yet been any official announcement from the central administration of the church, however, and the former uses (Orthodox Church in America and OCA) remain the most common both within and outside the jurisdiction.