The Oak of Sibta, at Hirbet es-Sibte, two kilometres southwest of Mamre, also called The Oak of Abraham or The Oak of Mamre [1], is an ancient tree which, in tradition, is said to mark the place where Abraham pitched his tent. It is estimated that this oak is approximately 5,000 years old. The Russian Orthodox Church owns the site and the nearby monastery. The tradition carried down is that the Oak of Abraham will die before the appearance of the Anti-Christ. The oak has been dead for over three years now. 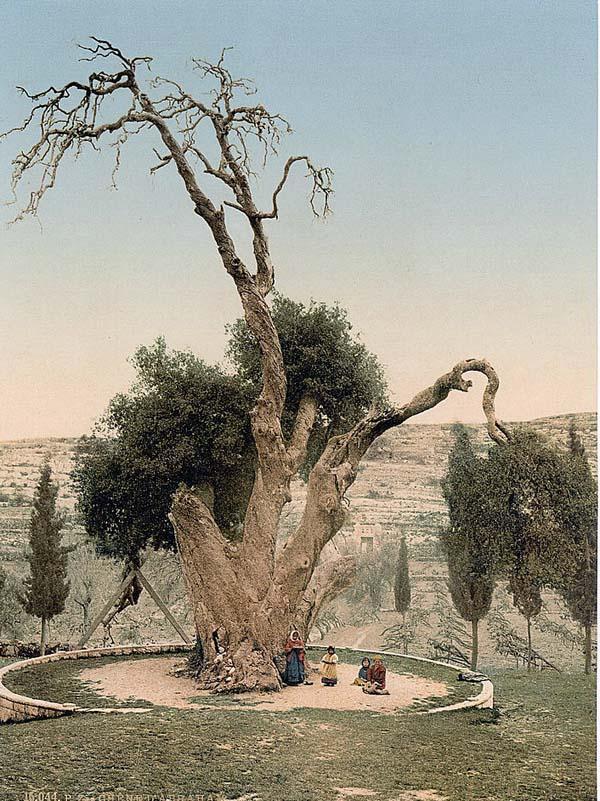 Picture of the Oak of Sibta taken from this site.