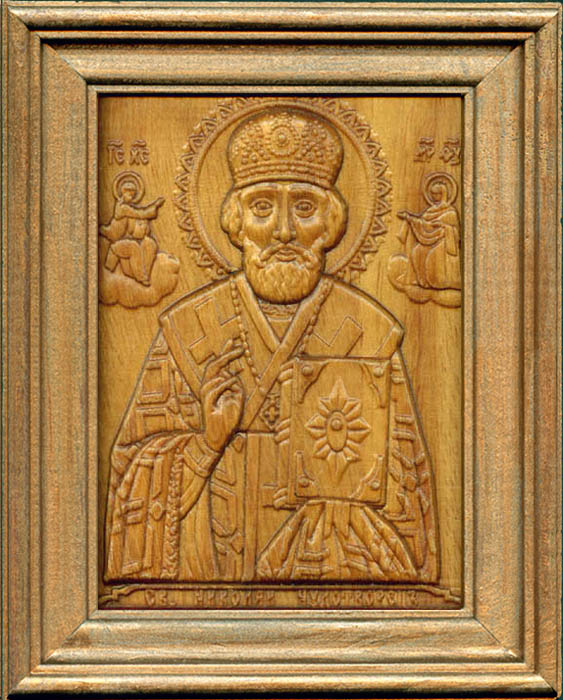 Our father among the saints ‘‘‘Nicholas of Myra’’’ was the bishop of Myra in southern Asia Minor in the fourth century. While widely honored and venerated, not only in the Orthodox Church, but throughout most Christian groups, little is known historically of the life of Nicholas. He is known to have been bishop of Myra and he may have participated in the Council of Nicaea in 325 . In addition to being honored as the patron saint of many countries, notably Greece and Russia, and of cities, he is the patron of many occupational groups most notably of sea farers.

Many of the details of his life that we have appeared during medieval times. St. Methodius, patriarch of Constantinople, in the middle of the ninth century produced a life of Nicholas in which he noted that the life of Nicholas was unknown to most of the Christians of the time, thus indicating his composition was probably based mainly on legend. Methodius noted that Nicholas was raised well by pious and well-to-do parents and related how Nicholas contributed from his inheritance the dowry for three daughters of a citizen of Patara who had lost all his money.

His feast was being celebrated by the time of St. Justinian two centuries after his death. After Methodius’ life of Nicholas became available, Nicholas was acclaimed and honored throughout Europe and especially in Italy. When Myra was captured by the Saracens in 1034, many Italian cities planned to “rescue