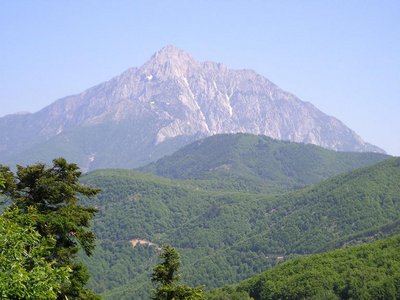 Xenophontos Monastery
Looking toward the sea from the main entrance of Iviron Monastery
St. Panteleimon's Monastery