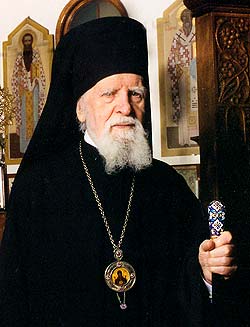 Mitrophan was ordained to priesthood on June 12th, 1936, a short while earlier he married his matushka, Alexandra Semenovna Tsibrouk.

In 1989, Father Mitrophan's matushka, Alexandra Semenovna, passed away. Father Mitrophan was called to become a bishop in 1990, but denied his lot a few times before finally agreeing. He was consecrated to bishop in Montreal on November 24, 1992. He became the vicar of the Eastern American Diocese of ROCOR with the title of Bishop of Boston.

On the morning of February 15, 2002, on the feast of the Meeting of the Lord, Bishop Mitrophan reposed following a short illness.