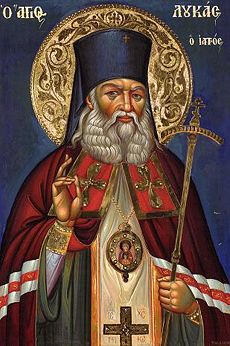 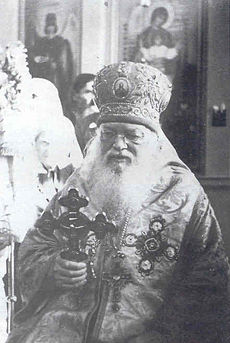 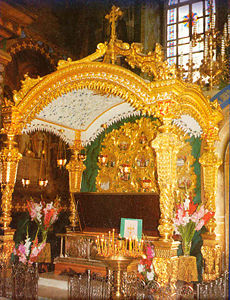 As the Lenin, Stalin, and Khrushchev regime came and went Saint Luke’s persecutions and frequent transfers only increased his popularity. Despite public slander he was known as an unselfish, loving, physician and spiritual father. This posed a great propaganda threat to each regime and towards the end of his life Saint Luke was restricted in his travels and his medical responsibilities to remedial services. The latter was also in God’s plan as toward the end of his life Saint Luke lost his vision to glaucoma. He could now devote his time exclusively to matters of faith. He performed many healing miracles and had many spiritual children. Toward the end of his life he was worried if it would be permitted to chant “Holy God” at his funeral. He last liturgized on the feast of the Nativity of Christ in 1960 and his last sermon on Forgiveness Sunday. His repose was June 11, 1961, the day of commemoration for “All Saints who shone forth in the Land of Russia”.

On March 17th 1996, St. Luke's remains were disinterred, with an estimated 40,000 people taking part. It is said that an indescribable aroma arouse from his relics, while his heart was discovered incorrupt, a testament to the great love he bore towards Christ and his fellow men. Three days later on March 20th 1996, his relics were transferred to the Church of the Holy Trinity.

His relics in the Church of the Holy Trinity in Simferopol, Sagmata Monastery in Greece, and throughout the world continue to work countless miracles.