His Eminence, the Most Reverend Lazar (Puhalo) of Ottawa, is a retired hierarch of the Orthodox Church in America, and is the founding abbot of the Monastery of All Saints of North America, Canada. 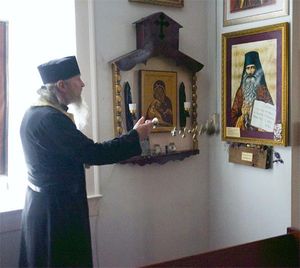