From OrthodoxWiki
Revision as of 22:14, January 3, 2014 by Чръный человек (talk | contribs)
(diff) ← Older revision | Latest revision (diff) | Newer revision → (diff)
Jump to: navigation, search
This article or section is a stub (i.e., in need of additional material). You can help OrthodoxWiki by expanding it. 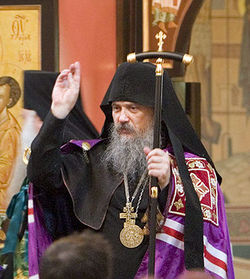