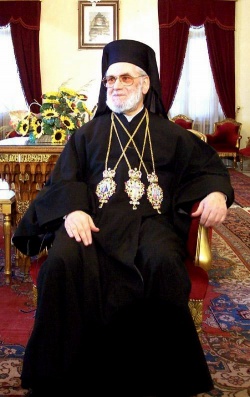 His Beatitude Patriarch Ignatius IV (Hazim) of Antioch and all the East (b. 1921) is the current primate of the autocephalous Orthodox Patriarchate of Antioch.

Help with box
Retrieved from "https://orthodoxwiki.org/index.php?title=Ignatius_IV_(Hazim)_of_Antioch&oldid=54088"