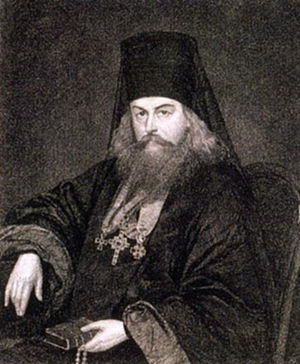 St. Ignatius Brianchaninov was born Dimitri Alexandrovich Brianchaninov, on the February 15, 1807, in the province of Vologda, the son of an aristocratic landowner. Intellectually gifted, peaceful and reflective by character, from early childhood he was drawn to a life of prayer and stillness. However, his father planned a military career for Dimitri, and so, when Dimitri was 15 years of age, his father enrolled him in the Imperial School of Military Engineers in St. Petersburg. There Dimitri excelled, even attracting the attention of Grand Duke Nicholas Pavlovich, the future Tsar Nicholas I. Nonetheless, Dimtri felt called to the monastic life (uncommon for a Russian aristocrat at that time), and he became deeply depressed at the seemingly inevitable prospect of a career as a military officer.