On September 4, 2008, following the retirement of Metropolitan Herman due to ill health (and pending back surgery), the Holy Synod of the OCA named Abp. Dmitri as the locum tenens. The Holy Synod also named His Eminence, Seraphim the administrator of the Metropolitan’s See and to assist the Locum tenens. 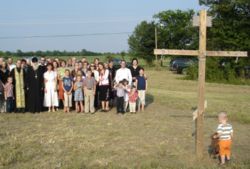