Difference between revisions of "Chrysostomos (Kavouridis) of Florina" 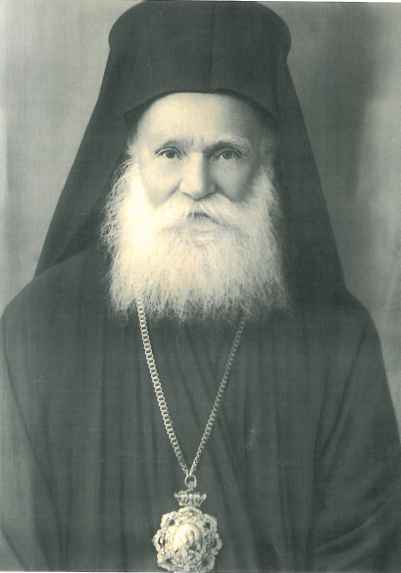 Chrysostomos (Kavouridis), former Metropolitan of Florina Metropolitan Chrysostomos was born in the village of Madeta, Thrace in 1870, from devout parents Georgios and Melpomeni Kavouridis. After high school he entered the Theological Faculty at Halkis where he excelled. Ordained deacon and priest by Patriarch Joakeim III, he was appointed preacher to Panormos. In 1908 he was consecrated Bishop of Imvros and named to the Metropolis of Pelagonia. Regardless of the hostile situation in his region, he remained steadfastly in his place helping his flock. However, due to the political and diplomatic situation under which he was persecuted, Metropolitan Chrysostomos then resided on Mount Athos. The election of Meletios Metaxakis to the patriarchal throne of Constantinople forced him to leave Mount Athos and reside in Athens. The Church of Greece assigned him as the locum tenens of the Metropolis of Philiates and a little later he was elected Metropolitan of Florina. Then, because of severe illness and hospitalization in the Hospital of Athens, he resigned from his duties. In 1935, he undertook the Ecclesiastical Administration of the T.O.C. of Greece. He was exiled twice (in 1935 and again in 1951) for his confessional beliefs. He approached the patriarchates trying to convince the patriarchs to resolve the calendar controversy. On September 7, 1955 he reposed in the Lord.