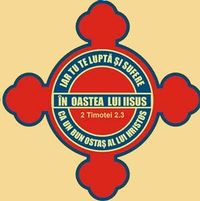 Controversy has surrounded the movement since its founding as Fr. Trifa's writings[1] are silent concerning the role of the church and liturgy in salvation and spirituality. In his writings, his understanding of salvation and witness is expressed in language that is more commonly used by Western Protestantism. Thus, his ideas became objectionable to the hierarchy of the Church of Romania and resulted in his excommunication in 1936. Fr. Trifa reposed in 1937.

Since the fall of communism in the last decade of the twentieth century the course of the organization has been torn over issues about the purpose and mission of the Army of the Lord.