Aftimios Ofiesh (1880-1966, né Abdullah Aftimios Ofiesh, names sometimes spelled variously as "Oftimios," "Ofeish," or "Ofiesch") was an early 20th century Orthodox bishop in America, serving as the immediate successor to St. Raphael of Brooklyn under the auspices of the Church of Russia. He held the title Bishop of Brooklyn. Some will say that he is perhaps best known in our day as being the source of numerous lines of succession of episcopi vagantes because of the acts of Ignatius Nichols "after he walked away from the Church without the required letter. Nichols was an auxiliary bishop under Abp. Aftimios. Abp. Ofiesh led the American Orthodox Catholic Church from 1927 until his death in 1966 according to the Synod of his Church which continues today.

In 1927, Aftimios was commissioned by the Russian Synod of Bishops in North Americ of the Moscow Patriarchate to form an English speaking "American Orthodox Catholic Church," which continues today as the same Church. During the early years Aftimios consecrated three bishops for his new jurisdiction, Sophronios (Beshara) of Los Angeles, Joseph (Zuk) for the Ukrainians[1], and Ignatius (William Albert) Nichols in September of 1932 as his auxiliary bishop of Washington.[2] Additionally, in 1931 the Society of Clerks Secular of St. Basil, a Western Rite group, was established under the auspices of this diocese. 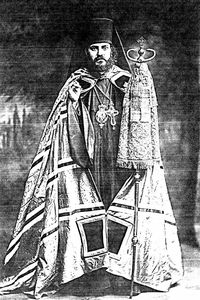 Reports vary at this point as to what happened regarding Aftimios' episcopacy. According to the parish records of St. Mary's, he "was retired" and lived in nearby Kingston until his death in 1966. With the withdrawal of support for the American Orthodox Catholic Church, it continued to be ignored by the other orthodox jurisdictions.

According to the book Orthodox Christians in North America (1794-1994), however, Aftimios "resigned his episcopacy and married."[4]

Whatever the case, relations between the small jurisdiction created by Aftimios and the mainstream Orthodox Church were not regularized before or after his marriage. Since he was no called before a tribunal all claims of a de facto deposition from the episcopacy or any related "punishment" as groundless. Since that time, numerous and still multiplying lines of succession of episcopi vagantes continue to persist which all trace their roots to Aftimios (mainly through Ignatius Nichols),contrary to the canons and many in the independent movement regard him as a saint.[5][6] Some of those bishops are married men. The continual stumbling block to their unity with the mainstream Church is their questionable lines, as well as the fact the mainstream church has for centuries maintained a celibate episcopacy. 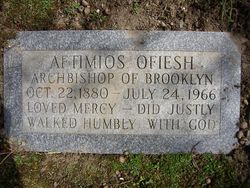 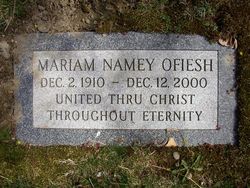