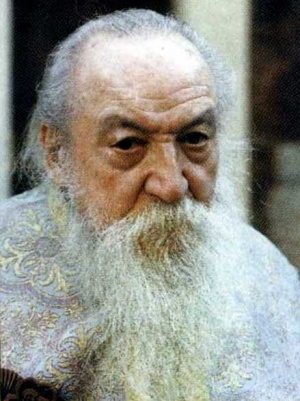 Fr Adrian Făgețeanu
Father Adrian Fageteanu was born on November 16, 1912, in the community of Deleni in Czernowitz, and reposed September 27, 2011 in Bucharest.